The shock casting of a German Shepherd dog to play a Chinese Shar-Pei in an upcoming movie has been labelled racist by Chinese and Western commentators alike. “Jaws of The Tong “, the story of Sao (Cao) Gou, 曹狗， the loyal hound of 19th Century San Francisco Tong boss Low Ket, is due to start production in mid 2018 with experienced canine actor Kingsley in the lead role.

Producer Kelly Wagner, who is also the daughter of Turner and Hooch producer the late Raymond Wagner, told The Asia Beat, “First and foremost we look for the acting qualities in a dog, not how wrinkly its skin is. Several Shar-Peis auditioned for the role, but we felt that Kingsley best embodied both the loyalty and ferocity of Sao Gou. I think my father would have supported the casting decision.”

Jackie Chan is quoted as saying, “Are we in the 1960s? It is inexcusable that a suitable Chinese breed could not be found to play the role. Even a Pekinese would have been preferable to this.” 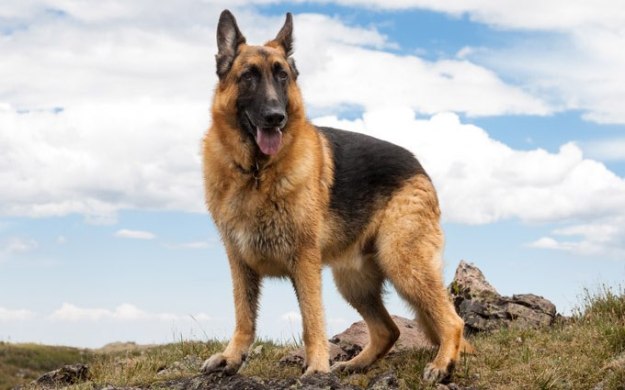