Wei used tar to paint a penis and scrotum on the penis and scrotum of the heritage listed Cerne Abbas Giant, a massive chalk image in Dorset depicting a naked man. The image is believed to be centuries old. Wei entitles his piece, 递推， (Recursive). He also claimed that his addition had added “billions” to the value of the giant.

Critics have hailed the piece as “mandelbrotesque”, “Magritte worthy”, also saying that it “disrupts centuries of thinking about the depiction of C&B (cock and balls).” 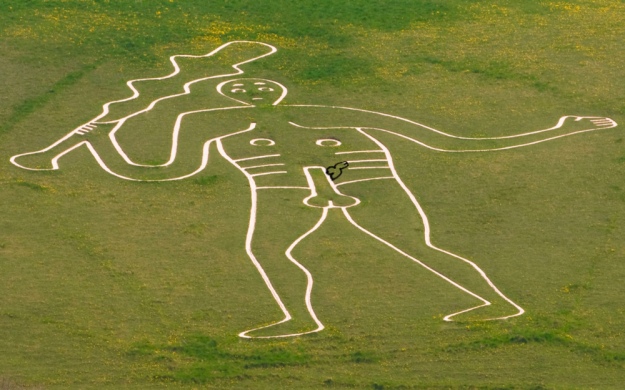