A spokesperson for the WA Health Department told The Asia Beat, “It’s absurd for the transport department to be involved. It’s a restaurant, not an actual train, and therefore should be under the control of Health.” Despite this, it is not certain that a move to the health portfolio would actually mean a deregulation of sushi train speeds. As late as last week the health department website was still advocating some kind of limit, albeit with a much brisker 5 kilometre per hour top speed. This is still 20kmh less that the fastest Japanese trains.

The transport minister Dean Nalder issued a statement. “Sushi trains are designated trains, and transport goods, and as such will continue to come under the transport portfolio. The government continues to support the current speed limit.” 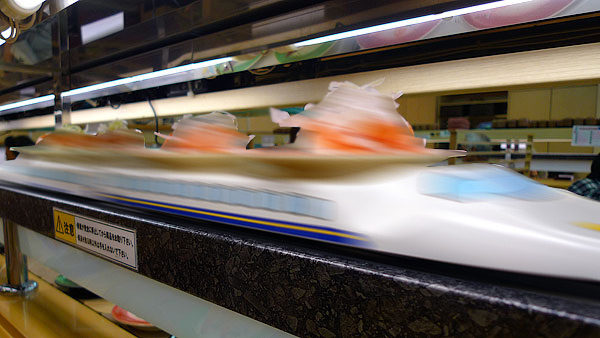